Claus Habfast, a native German, arrived in France in 1984 to start a Ph.D. thesis following degrees in physics and mathematics. His 30 years of professional experience gained in France, Germany and the Netherlands cover basic research, space exploration and international science facilities.

Whilst at university, he was active in German student movements, and he kept a keen interest in politics throughout his career. Upon arriving in Grenoble, he joined a citizen participation board and later the municipal council. As Vice-Chair of the Grenoble-Alps Metropolitan Council since 2014, his responsibilities cover university, research, innovation and international relations.

The main focus of his work is twofold: ensuring a seamless interplay between universities and local authorities, and coordinating Grenoble's smart city initiative.

Representing the City of Grenoble, he also chairs Alpexpo, Grenoble's convention centre and exhibition hall, where he put into place a recovery plan that saw a return to profits after a decade of losses and failures. 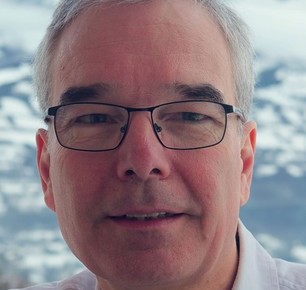