Department of Agricultural and Environmental Sciences, University of Milan

Anna Giorgi is a professor of applied botany at the Department of Agricultural and Environmental Sciences - Production, Landscape, Agroenergy of the University of Milan. She is the Leader of the Action group 1 of the European Union Strategy for the Alpine Region – EUSALP – where she coordinates a working group composed by representatives of 7 countries and 48 regions, dealing with innovation and research activities in the Alpine Region.

She is the Vice President of ERSAF - the Regional Agency for Services in Agriculture and Forestry of Regione Lombardia and she has been the coordinator of the working group established by the Framework Agreement between the Minister of education and research and University of Milan on “Mountain University” exploitation. In 2009 she worked as general director of “Ente Italiano della Montagna – EIM”, a public research institute of the Italian Presidency of the Council of Ministers, dedicated to support activities and politics for the socio economic valorization of mountain areas.

In 2011 she was elected President of the International Scientific Committee on Research in the Alps- ISCAR, promoting international cooperation in Alpine research. In 2012 she was elected director of the “ Centre of Applied Studies for the Sustainable Management and Protection of Mountain Areas called - GeSDiMont” an interdepartmental centre of the University of Milan situated in Edolo (BS) in a university center dedicated to mountain topics. Scientific activity regards the strategies to promote the development of mountain areas based on specific and unique resources of such territories. She also studies biological and eco-physiological aspects of plants growing in mountain environment. In particular the effect of biotic and abiotic ecological factors on plant growth, development, phytochemical characteristics and metabolism, has been studied. The relationship between vegetation management and biodiversity in alpine environment has been investigated as well. 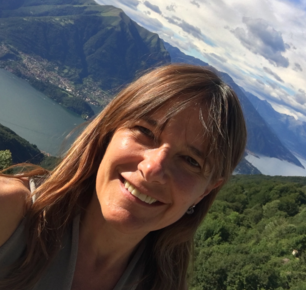