Researcher and Project Designer, Center of Excellence for Mountain Studies of the University of Milan

She collaborated as an external researcher with the University of Princeton (USA) for the project The Accordion Family: Globalization Reshapes the Private World. From 2000 to 2007, she was the  Project Manager and Didactic Coordinator at ARSNOVA – Academy for Multimedia & Arts of Siena, and worked as a Professor in Applied Informatics and History of Political Parties and Media at the University of Siena.

Since 2000, she has been Project Manager and Communication Manager for more than 15 EU and international projects in the fields of Culture, Arts, Technology, Learning, Tourism, Remembrance, Biotech and Rare Diseases.

In 2007, she began her work as Digital Communication Designer with the Teatro Regio of Turin and, in 2014 with Unimont – Center of Excellence for Mountain Studies of the University of Milan, as Researcher and Project Designer. Since 2016 she is supporting Action Group 1 - to develop an effective research and innovation ecosystem in the framework of EUSALP - EU Strategy for the Alpine Macroregion.

Currently, she is researching on the topic of Young Entrepreneurs and Innovative Enterprises in Mountain Areas, collaborating to map Research Centers and Labs in the Alpine Region, studying how to implement Cultural Heritage based Business, analysing Women’s work, business models and network capacity 100 years ago and today. 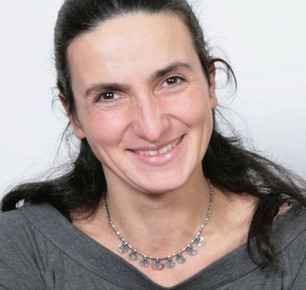