Marja Makarow has been Director of Biocenter Finland since July 2016. She is the former Vice-President of the Academy of Finland - the Finnish Research Council (2012-2016) and Chair of the board of NordForsk, the platform for cross-border research collaboration between the Nordic countries. She served as Chief Executive of the European Science Foundation in France between 2008 and 2011, and as Vice-Rector for Research and Innovation of the University of Helsinki between 2003 and 2007. Ms Makarow is Professor of Applied Biochemistry and Molecular Biology.

Ms Makarow advised the EU Commissioner of Research and Innovation in the European Research Area Board on Horizon 2020, and the Finnish Government in the Prime Minister’s Research and Innovation Council on development of the Finnish research system and the university renovation between 2008 and 2011. She was Vice Chair of the board of the then newly established Aalto University between 2008 and 2012. She has steered research assessment exercises of several universities and research institutes, and evaluated the performance of research funding agencies and EU programmes such as Eurostars and the Joint Research Institute. She was Panel Chair for the European Research Council ERC until 2012. She has been an Appointed Member of the Governing Board of the European Institute of Innovation and Technology (EIT) since 2012, and Vice Chair of the Advisory Group of the EU’s Future and Emerging Technologies program FET since 2014. Ms Makarow has chaired, from 2015, the board of Technology Academy Finland that awards one of the world’s most prestigious innovation prizes, the Millennium Technology Prize. 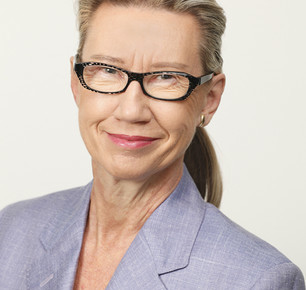