Jürgen Haberleithner holds a PHD in Political Science (in the field of International Relations) from the University of Vienna, Austria and a Mag. Phil. in Journalism and Communication Science from the same university. Since 2010, he is full time Professor and Researcher at the Asia-Pacific Economic Cooperation (APEC) Study Centre, which is part of the international APEC Study Centres Consortium (ASCC) and the public University of Colima (Mexico).
From late 2016, he is a Visiting Scientist at the Joint Research Centre Seville of the European Commission within the Smart Specialisation Platform. His main topics of interest are Science Diplomacy, Smart Specialisation and Science and Innovation Diasporas Worldwide. He has recently (2017) carried out an exploratory study for the Office of Science and Technology Austria (OSTA) of the Austrian Embassy in the USA, called OSTA Exploratory Study: Opportunities for strategic networking in Research, Technology and Innovation between Austria and North America.
He is also Head of the chapter Mexico of the Austrian Scientists and Scholars in North America diaspora association and president of the Austrian-Spanish Society. 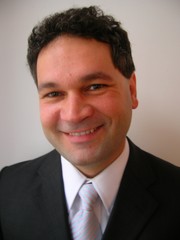