Jean-Eric Paquet began his career in the European Commission in 1993 in the Directorate-General for Transport, in the International Relations area, and later as assistant to the Transport Director-General , Robert Coleman. In 1999 he joined the office of Mr Verheugen (Member of the European Commission in charge of enlargement). In 2002 he became the deputy head of office of M. Busquin, member of the European Commission in charge of Research policy. Mr Paquet was EU Ambassador in the Islamic republic of Mauritania between 2004 and 2007. He returned to transport in 2007 where he led the development of the Trans-European Transport Network policy. As Director for the "European Mobility Network" he was responsible for Europe's transport infrastructure policy and investment strategies, the single European rail area, inland waterways and port policy.

He joined DG Enlargement in November 2013 where he took over the Directorate in charge of relations with Albania, Bosnia & Herzegovina, Serbia, Kosovo. In January 2015 he became Director for Western Balkans, adding Montenegro and the former Yugoslav Republic of Macedonia to his portfolio.

In November 2015 he was appointed Deputy Secretary General of the European Commission responsible for Better Regulation and Policy Coordination (economic governance, internal market and competitiveness, resource efficiency and employment, education and social policies).

Mr Paquet has been appointed Director-General of DG RTD as of 1 April 2018. 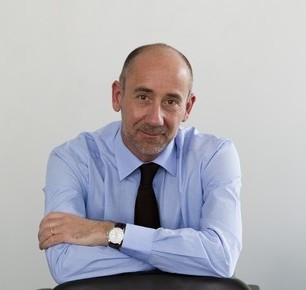