Pirita Lindholm is the Director of ERRIN, the European Regions Research and Innovation Network, since September 2017. ERRIN is a Brussels-based platform bringing together over 130 regional actors, with an aim to strengthen the regional and local dimension in the EU Research and Innovation policy and programs. Pirita has over 15 years of experience working in several European organisations representing cities and regions in Brussels.

Before joining ERRIN, she was the Director of Climate Alliance’s Brussels Office (2007-2017), where she developed policy recommendations and supervised a team working on European policy, projects, and initiatives such as the Covenant of Mayors. She served as an expert in the European Commission H2020 Advisory Group on Energy (AGE) between 2013 and 2016, and actively contributed to the development of the research and innovation agenda. In the past, she also worked for the Council of European Municipalities and Regions (CEMR) (2002-2007). 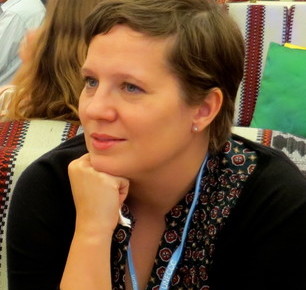