Barbara Weitgruber was founding staff member and Director of the Office for International Relations and lecturer at Karl-Franzens Universität Graz, Austria and then Director of the Office for European Educational Co-operation of the Austrian Academic Exchange Service in Vienna, Austria. In December 1994 she joined the Austrian Ministry in charge of higher education and research as Director and later became Deputy Director General for Higher Education and Director General for Scientific Research and International Relations. She also is a member in numerous committees, including the Task Force for Research, Technology and Innovation of the Austrian Federal Government and the European “Research Policy Group” and chairs the Austrian Fulbright Commission as well as the Scholarship Foundation of the Republic of Austria. 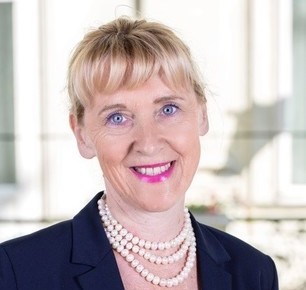